Home » The Three Biggest Challenges the Construction Industry Faces in 2019

The Three Biggest Challenges the Construction Industry Faces in 2019

2018 was quite a year for the construction industry. Not only has it seen an explosion of new technology across surveying, engineering, and environmental consideration, but some of the most severe changes in the laws and policies that dictate how the industry functions. As the world changes, and more people are turning a critical eye to the construction industry, new challenges and problems are arising, that everyone from business owners to carpenters, cannot afford to ignore.

As the rate at which new construction projects launch rises in direct correlation with an influx of new challenges, now, more than ever, owners, foremans, and workers across the spectrum are not only going to have to be better informed, but more adaptable, if they want to survive. The ability to not only solve today’s problems, but forecast what’s coming down the road, will play just as much a role in survivability as the foundation does in making a structure that lasts through the ages.

This is the big one that is going to kill the industry quicker than anything else. In the United States alone, there are over 250,000 open and unfilled construction positions, ranging anywhere from carpenters to project supervisors. It doesn’t help that there is a growing deficit in not only the number of people pursuing construction positions, but are also qualified to do so.

Mike Rowe, the host of the popular American TV show “Dirty Jobs,” and all-round average bloke, has been harping on this for years. The trades are not prioritized in schools anymore, so potential future builders are turned off from the industry before they even graduate. To combat this, the industry is going to need to do several things:

If the Department of Education won’t, construction professionals will have to take matters into their own hands. They’ve got to start partnering with local and prominent schools through the country, and educate young people on the marketability and benefits of the construction industry. They’ve been told that computers are the future, and that may very well be – but computers have to sit in a building somewhere too, and someone has to build them.

Construction is a very come and go industry, and it always has been. It’s not unusual at all to put together a crew for a contract, complete the job, and then move on to a new project, with an entirely different team. The reality is that costs won’t allow most firms to bring full-time benefits to part-time employees, but for the ones who turn up, job after job, week after week, you’d be best served by treating them like royalty. That means regular raises, promotions, comprehensive healthcare, and retirement benefits. Once they’re gone, they’re probably not coming back, and they’re taking their experience with them.

For better or worse, the construction industry just can’t operate the way it did even just 20 years ago. I don’t believe for a second that the foremans and project leads of yesteryear meant to harm anyone, not even for one moment, but the reality is that we haven’t always done the best job ensuring that job sites were safe and efficient for protecting people, or creating a structurally sound building. That’s caught up with us in the last few decades, and it’s not going to get any easier. If the industry is to survive, leaders and owners at all levels are going to have to know the law, know the issues impacting changes to the law, and structure their own procedures around safety, even at the cost of speed.

Not only that, but firms find themselves under increasing scrutiny to complete jobs to the exact outline of the contract. Gone are the days when you could take an extra six months, or jump to a cheaper steel, just to get a job done. Now, for firms that fall behind schedule, or don’t deliver on their promises, there’s a growing list of failed businesses that they’re being added to.

Though this also presents a great opportunity for the industry, it could potentially be a massive setback, for those who don’t learn, adapt to, and integrate these technological shifts quickly. Advancements in everything from project management software, to drones used to survey sites and calculate measurements, have left many in the industry scratching their heads, and wondering just what in the world they’re supposed do with all this technology.

The answer is simple – get it, and put it to work. You may be one of those old breed construction types who got his start hammering nails in someone’s house, and believes that no fancy computer program can replace human smarts, drive, and experience. I wholeheartedly agree with you, but if you give these advancements to a worker who has all three characteristics, and put him up against a man with only paper blueprints and hand tools, the tech guy will win out every time. 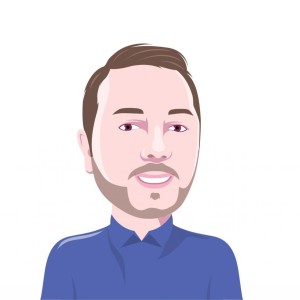